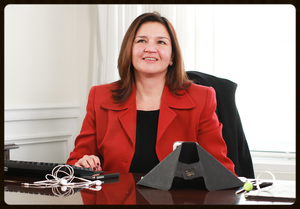 Shirley Robinson has served within the blindness community for twenty years. After earning her Master’s Degree and Certified Rehabilitation Counselor (CRC) Certification in 1997, from Georgia State University, she began her career as a Vocational Specialist with the Center for the Visually Impaired in Atlanta. This led to her present affiliation with Georgia Vocational Rehabilitation Agency (GVRA), where she served as a CRC. In 2008, she completed the Vision Specialist Certification program through Mississippi State University’s Graduate Studies program. Then in April 2009, Shirley was promoted to the position of Rehabilitation Unit Manager (RUM) for the Metro Blindness Services Unit. That same year, she was invited to participate in the Executive Commitment to Excellence in Leadership (EXCEL) training program through the Carl Vinson Institute of Government at the University of Georgia, which she successfully completed in June 2010.